What a fishbowl of confusion I found through a Google search on attention span. One of the difficulties of the Internet is that reality often is neither confirmed or unconfirmed. On the Internet you can read just about anything and not know whether it is true or not. Take, for example, the article I read about the attention span of a Goldfish, supposedly 9 seconds. This number was given to show that even Goldfish have greater attention spans than the average human, measured at 8 seconds! Due, of course, to too much time spent on the Internet. 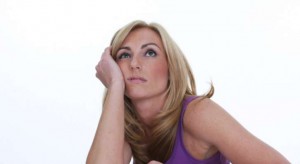 Expanding on the idea of Goldfish attention span, the article asked and answered the same question for several other animals. Killer whales? 62 seconds. Squirrels? It depends. For “normal things,” about 1 second. But for acorns and nuts, 4 minutes. Significant increase. Shrimp? No one has ever measured, but it does not have a very long attention span due to a serious lack of brain-power. Wasps? They stick to the same routine every day, so one could say they have a long attention span. Obviously, not measured as wasps tend to be uncooperative.

The trouble with this answer site is that it has no intention of scientific respectability. So the obvious conclusion is that someone was trying to make a point. People who spend too much time on the Internet have shorter attention spans and this is affecting the average.

The original Google search site promoted the idea through an Infographic, in a LinkedIN blog.

The blog has a broader message: “As much as technology is amazing in how it has connected us, and opened us to worlds we never would have access to otherwise, we cannot let it disconnect us from the world [we] are in.” The brief article highlighted a YouTube video, Can We Auto-Correct Humanity?”by Prince Ea. A very pleasant rap-lite presentation of the need to be engaged with the people actually present by disengaging from those only virtually present by electronic means.

Still not believing the comparison between Goldfish and the average human, another Google search uncovered a blog stating, “Goldfish have longer attention spans than Americans, and the publishing industry knows it.” The point was that while the publishing industry used to abide by the one-book-a-year rule, they were now opting for a new rule. “Publishers are now rolling out shorter books faster and faster, and Harvard Business School historian Nancy Koehn says it’s largely because we’re getting less attentive and more anxious.” An obvious repeat of the intelligent Goldfish theme, and now localized to Americans.

However, my Google research was advanced from one of those commenting to the blog who was as skeptical of this information as I and had also done (evidently) a Google search. “A little more searching revealed a study commissioned by Lloyd TSB, an insurance company, in 2008 which gave an ‘attention span’ figure of 5 minutes, down from 12 minutes a decade ago.” Hurrah for Americans! Although, this turned out to be a study by the British insurance company named, as Americans we jumped from 8 seconds to 5 minutes! Significant.

Another Google search led to a self-proclaimed Neurology site and an interesting article: The Spooky Case of the Disappearing Cr*p Science

Article, from 2008. The unnamed blogger provided some new insight (whether true or not is unconfirmed). He points out that the insurance company commissioned the study to ask 1000 people, “ how long their attention span was and whether they felt they were prone to accidents.” More PR than science!

Are you still with me? Do these Google search results have a point? Yes, there is a point. Some know that disparaging the current trend gains attention and often goes unchecked. If you are looking for Internet activity, saying something outrageous is a great trick. On the other hand, there are sites that earn the right to be trusted by the quality of what they publish. They provide within the article the checks and balances to what they are saying. Confirmation is either clear in the text or given by linked footnote.

The Boston Globe produced an article, Instant gratification is making us perpetually impatient, which sounded much like the Goldfish story of my Google search as to exaggerated reality. But the writer produced some compelling confirmation of the article’s premise. A graphic displayed the impatience of viewers in waiting for a video to start up. People were generally willing to wait 2 seconds before abandoning the download. By 10 seconds 50% had given up, and by 30 seconds 86% were gone. They obviously don’t remember 14.4K modems! But this is tangible confirmation. A statement of reliability, not fabrications.

Reliability, it goes without saying, is a necessary element of business transactions. One of the reasons we turn to use Google search is that it is reliable. One of the trademarks of Alliant is reliability. We stand by our promise of service. We know you expect us to! The world would be less complicated if all statements were easily confirmed as to their validity. On the Internet, Google search can be a helpful tool. In business the credentials of reliability is the confidence of loyal customers served.