The article, I deleted my Facebook account, generated an unusual amount of interaction and response. Thank you for your interest. It was great! In this follow up, we pass on some reader comments and examine other reasons for giving Facebook deletion one more consideration. 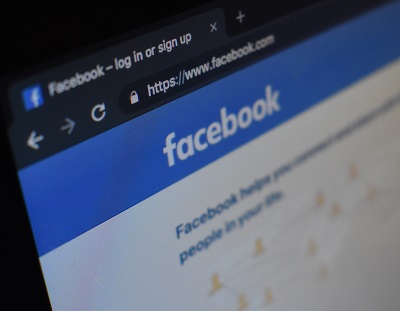 The other thing I discovered when I deleted Facebook. Some sites allow users to use their FB account to login. No FB account? No login!! FB is still the huge gorilla in the room.

WOW! Very interesting about Facebook. Not surprising, but does confirm rumors and suspicions. It remains a tough decision, as FB is a main contact with family. Doesn’t anyone write letters anymore?

This reader gave an excellent summary of the problem:

I am amazed at how little the average person has to share, even people I respect. Most of the posts are juvenile, silly, cheap humor, or completely useless. The page is peppered with ads which I have no interest in. The supply of ads seems to be endless. Friends are suggested to me whom I have never heard of before. The lack of privacy recently exposed by Facebook is astounding, but not too surprising. The time wasted sorting through this junk is also an issue. I am concluding that in the digital world nothing is ever completely secure.

And a final selection:

I’m also not an active participator in Facebook. The friend suggestions are inappropriate. I don’t trust that anything online is secure including my email and text messages.

One of the problems with using Facebook is the complexity of their user Terms of Service. It is so complex that an unsuspecting Facebook user can give sensitive personal information to a less known app and that app will turn around and pass the information on to Facebook. So strictly speaking, Facebook isn’t sharing information you have given them, but they are sharing your information!

This is the conclusion Sam Schechner writes about in his article, Users give apps sensitive personal information, then they tell Facebook. Data is lucrative. Product sellers are willing to pay sources like Facebook extra money for information about a user’s habits or interests because that predicts a sale that otherwise would not happen.

Schechner points out, “Millions of smartphone users confess their most intimate secrets to apps, including when they want to work on their belly fat or the price of the house they checked out last weekend. Other apps know users’ body weight, blood pressure, menstrual cycles or pregnancy status.”

Users have confidence in the privacy of an app. It seems personal. But the people using the app, filling in the required data, do not know that in many cases the data they have confided is being sold, in many cases to Facebook or other data giants.

The Wall Street Journal has done testing that demonstrates that in the case of Facebook, they collect personal information from popular smartphone apps 1) sometimes seconds after users enter it; 2) potentially from users that may have no connection to Facebook; and 3) without any prominent or specific disclosure that the data is being shared. Privacy experts were alarmed by the Journal’s findings. The article describes both the alarm from the testing and the response by the main players involved.

The two dominant app stores are Apple Inc.’s The App Store, and Alphabet Inc.’s Google operated Play Store. Neither of these app distribution points require that the app downloaded disclose to the user all the partners with whom data received by the app is shared. Users can deny permission to share certain types of peripheral information (contacts or locations). But these limitations generally don’t apply to the data supplied directly in the app. The less obvious, you can deny. The more obvious – “surely they wouldn’t share this!” – information, is shared.

Do you ever read the User Terms? Do you understand what you read? The full implications? When a company receiving your data sends an “update” to their terms, do you carefully compare the new terms with the previous to see exactly what has changed? Do you suppose they are aware of our tendency not to read or understand?

Consent to tracking suddenly appears from the sites receiving data as a means of self-protection. They now want your consent to allow them to track the data you provide. There has been much in the way of backlash against the giant data handlers, like Facebook. So now they want to make sure that they have you on record as giving your consent allowing them to track the data you provide. Pretty much the same as before 2019, but with no guilt on their part and only chagrin on the user’s part.

William Tsing, who writes about the new move to track your consent at Malwarebytes, says, “Post GDPR, many social media platforms will ask end users to consent to some form of tracking as a condition of using the service. It’s easy to make assumptions as to what that means, especially when the actual terms of service or data policy for the service in question is tough to find, full of legal jargon, or just long and boring. Part of the shock of Facebook stories was in discovering just how expansive their consent to tracking really was.” How would we know?

As bizarre as it may seem, there is a need to track each app or social media site that takes your data and sells it! Wouldn’t it be great if each data source sharing tracked information was required to input the changes to their Terms of Use and Consent to Tracking into a User Protection database? Then that User Protection database would alert you, the one providing all the lucrative data, with a report letting you know exactly what the change means. Implications and explanations! Even a listing of data shared in the last pre-change period. Why not?!  To purposely misquote an old, oft repeated phrase, “Injustice prevails when good men do nothing.”

Thank you for your interest and response.