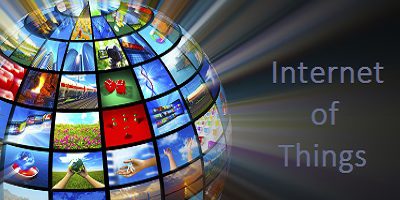 Innovation brings about change, but what motivates is benefit.

An idea that persists…

is an innovation motivator. Every time you hear or read about this projected change, you learn that greater functionality, greater reality has developed in the pursuit of the innovation. The Internet of Things (IoT) is one of those motivating persistent innovations that has only grown, and will continue to become a pressing innovation of reality in our world.

Business Insider Intelligence (BII), A Research Service, provides a look at the IoT in a SlideDeck: The Internet of Everything: 2015. What follows is an insightful analysis of the data given there.

Those alert to technology in the business world have observed that the way we access the Internet has dramatically shifted in recent years. From my 1995 starting point as a novice tech, I remember the rising world of PCs. But that world soon gave way to the Cell Phone and then the Smartphone. And before I got adjusted to that change we were inundated with Tablets and other innovative devices with which to access the Internet.

Our slowness to adjust as consumers was partly a matter of cost, partly resistance to change, and partly ignorance of what was in the works. The minds driving innovation in Internet technology continued to dream and to innovate. One day the business world awoke to find that the Internet was taking hold of everyday objects and devices. The Internet of Things had begun to become reality.

On reflection, we really shouldn’t have been surprised. We’ve seen the gradual advancements of innovation even in our homes. Soon over 1 billion homes will have a Wi-Fi source. Yes. Something as simple as Wi-Fi expands the reach of the Internet into our homes. Building on home Wi-Fi are a growing offering of home innovations promising ways to control our homes, hopefully making them more comfortable, convenient, economical and secure.

For example, programmable thermostats, lighting controls, ventilation control, shutter control and heating-cooling controls are all aimed at homes that provide energy savings. But energy efficient homes are not just more economical to operate. They are also more comfortable to live in. Innovation provides double benefit.

Security of the home may well be the programmable innovation that will move the consumer beyond feeling that IoT innovations are gimmicky. Affinnova says 41% of consumers feel strongly that these tech innovations are merely gimmicks and 58% say they won’t upgrade unless the device is more than a novelty.

But consumers are known to be fickle and downright dishonest in their astute evaluations of innovation as touted by the analysts of opinion polls. Why do we suggest such consumer ambivalence? The connected TV is the IoT’s first major consumer success. One third of US homes already have a connected TV source. Novel innovation. Yet it has caught hold as a must to a greater degree than economical function and security. Go figure!

Another big innovation success that has snuck up on the consumer is the connected car. All the major car makers are already producing connected cars. The biggest selling point? Music streaming. XM Satellite Radio (Sirius) is available in my little 2010 Versa! Not that I listen. Sirius XM has been available in some models since 2004.

By 2020 100 million new cars will have their own internet connection source. All kinds of innovations will become available: the ability to read and dictate emails; car-to-car communication; access to social media; surfing the internet via car monitor; car identifies traffic signals, congestion, accidents, delays, warning the passenger in advance of such situations; a system that allows the passenger to stop the car if, for example, the driver suffers a heart attack.

Of course, we cannot leave out the self-driving car. Google photo-mapping cars already have driven 100’s of thousands of miles without a driver. Safely, by the way. Strangely, consumers aren’t that interested in the innovation of a self-driving car (Deloitte says 8%-10% in 2014). So that market will remain small for the next 10 years. It seems there are concerns that self-driving cars will have a strong flow of software updates that will be costly.

While consumers fluctuate between the gimmicky and the novel necessity, business will see the advantage of IoT. BI Intelligence estimates that businesses will invest a quarter trillion dollars in the IoT by 2020. Nearly half of the IoT will be business innovations as early as 2018. Business leaders will be willing to capitalize on the higher efficiency offered by the IoT, says Cisco. Other benefits are customer service, intra-organizational collaboration and strategic decision making.

BI Intelligence points out that while nearly all industries will benefit from the innovations of the IoT, the greatest advantages, prompting early adoption, will be in those business that rest on logistical data. Manufacturing, Transportation, Warehousing, Information, Wholesale Trade, Health Care, Social Assistance, Retail Trade, Finance, Insurance, Utilities, Mining, Real Estate, Rental & Leasing, Construction, Professional, Scientific and Technical Services, in that order have made investments in IoT innovations.

Getting back to the novel necessity, robots are another area set for expansion. Industrial robots are far from mere novelty, however. Microsoft uses them as Security Guards. Amazon saves up to $900 million annually using warehouse robots. Consumers are mainly interested in floor-cleaning robots. A necessary novelty if ever I saw one. Unless you want to include the Dancing Robotic Spider. Which is pretty cool, even if totally useless. Outside of entertainment value, that is. The spider, with “creepy hair,” is very entertaining! Plays poker. Does Rhumba. Unable to retrieve newspaper…

Aerial Drones are sky robots. Amazon and DHL are testing drones to make deliveries. A welcome innovation in traffic dense populations. Consider also the beneficial innovation of a drone delivering medical supplies to an area inaccessible to normal traffic. But Defense is still the top application of the aerial drone. Academia, NASA, local Law Enforcement, Department of Homeland Security, and others have also applied for permits from US regulators to make use of the Aerial Drone innovation.

The benefits motivating innovation continue to grow and be clarified. Not far behind the precise definition of benefit is the innovation that will change the way things are done. Life moves on for better or worse under the rule of innovation. Consider this: Is the IoT a mere servant, or a king in the world of innovation?