We all know the term “smartphone.” But what is the counterpart – a dumbphone? The site, whatis.techtarget.com, answers the question: “A dumbphone is a mobile telephone that, unlike a smartphone, has little-to-no computing or internet capacity.”

Smartphones have become so sophisticated that making a phone call has become one of the features not as commonly used. One the other hand, making and receiving calls are still primary activities on the dumbphone. As a result, they are typically much cheaper to own and operate. Another benefit is that the dumbphone has lower power requirements and can run for several weeks on a charge. Limited connectivity also provides security advantages.

The first mobile phone received great acclaim in April of 1973 – 45 years ago this month. Now, the dumbphone, which more readily resembles the original device than the smartphone, is actually growing in popularity. Not everyone sees the need for constant connectivity at high cost. Originally the group of users targeted for the dumbphone were seniors who found the smartphone too complicated. Not so any more. There is a growing market of all age groups who do not wish to be dominated by their device apps.

Getting away from the pejorative “dumbphone” name, there are many who suggest that you can cure your smartphone habit with a Light Phone. Here are 10 Best Basic Cell Phones that avoid social media and extra apps and might be just what you need.

Aime Williams has written a great article, “Why a dumb phone is a smart move.” You may find encouragement there to sever your smartphone from your hip. She says that when she tries to read a book, she ends up picking up her phone instead. Losing track of time through social media feeds. “I keep interrupting my own train of thought in order to do something that I don’t consciously want to do.”

Another video article suggested in 2015 that 600 million people were expected to buy dumbphones, and offer a “Top 5” list of phones that would simplify mobile life.

Business Insider has a series of investigative articles endeavoring to show how addictive apps can influence behavior. We presume, negatively. They suggest a LightPhone that “makes calls, sends texts, handles simple directions, and sets alarms.”

The article features Light Phone 2, “a gorgeous, minimalist “dumbphone” that can do only a handful of things.” Light, the company that created the Light Phone 2 device, wanted to make a device “used as little as possible to get people off their smartphones.” 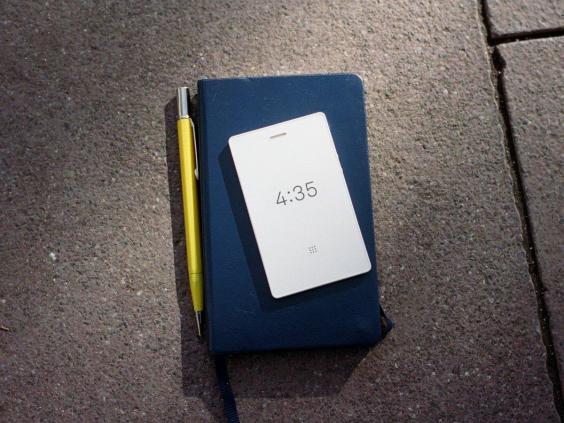 In the meantime, Google says, “there are still six dumbphones out there for every smartphone.” IOL Business Report summarizes this attitude in the headline of their 2013 article: “The 80s called – they want their cellphones back.”

I find that refreshing!