Hurrah! One for the humans.

Artificial Intelligence: To whom do physicists turn?

With all the efforts at Artificial Intelligence (AI), it is occasionally encouraging to hear that the be 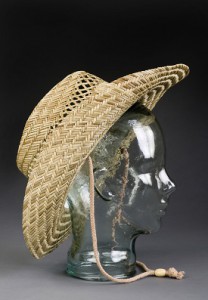 source of information is real intelligence – not artificial.

To whom do physicists turn when they seek help in colving complicated problems in quantum mechanics?

To humans. Well, of course! But more specifically, to video gamers.

The game they have been asked to play is to move a mysterious liquid across a 2D map. Mysterious because it doesn’t respond to movement in the same way as water. It is completely unpredictable. Move too quickly and lose the liquid. Move too slowly and run out of time. So not so easy. But eventually, the gamer figures it out.

But gamers’ eventual and intuitive command of the challenge has helped physicists develop an algorithm that’s been more successful than supercomputers at solving complex quantum physics problems.

I trust you didn’t miss that. It went by rather quickly. Human gamers were “more successful than supercomputers at solving quantum physics problems.” I take away nothing from the intelligence and expertise of human gamers when I say, even mere human gamers are better than the best Artificial Intelligence!

Hurrah! One for the humans.

The researchers in this project aggregated the input of 10,000 gamers and half a million Quantum Move puzzles to create their successful algorithm. So there’s that. Something to say for teamwork.

The goal of the researchers is to help Artificial Intelligence come closer to human problem solving intuition. The researchers call this process of exploiting non-experts, “citizen science,” acknowledging that “humans outperform machines when it comes to intuitive tasks like abstract pattern recognition.”

And I suspect that’s a good thing. It should not be surprising that something made by humans should be less than humans.