What’s The Difference between a Netbook and a Notebook?

And does it really matter? The mobile computing world has so changed in the last five years that while we less technically savvy people are still trying to figure things out, the tech community continues to produce new devices, changing the question before the answer can be given!

Laptops used to be cutting edge technology for those looking to take their computing power on the road. But the laptop is not the first choice today. Not only are smart phones and tablets capable of doing routine computing tasks, there are now iPads and Ultrabooks rising to steal the scene completely. 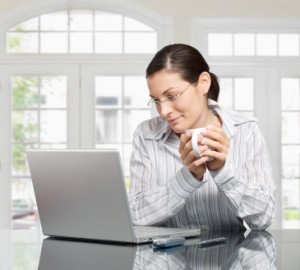 ery similar on the surface, the best way to determine the difference between a notebook and a netbook is to look at a handful of essential criteria. Wikipedia says, “Netbooks are a category of small, lightweight, legacy-free, and inexpensive laptop computers.” Screens are less than 13 inches wide, usually razor thin, and generally don’t include CD drives, platter hard drives, Ethernet plugs, and other peripheral components like keyboards.

The first netbooks (2007), were optimized for low weight and low cost. As a result, they offered reduced computing power when compared to a full-sized laptop. Low cost? Some wireless data carriers began to offer netbooks to users free of charge, along with an extended data plan.

By comparison, notebooks range anywhere between 13 inches and 17 inches wide; are packed with more connections and peripherals; and are much heavier than netbooks. For the road warrior the extra weight represented by the words “much heavier,” becomes a telling factor which makes connections and extra peripherals fade in significance.

A major difference between the two devices rests in their different purposes. Netbooks were primarily designed for internet-related activities and tasks, such as email and social media. On the other hand, notebooks were developed with the ability to handle most desktop operations.

Consumer demand, however, pushed the netbook back towards the notebook category by growth in size and features, becoming more like a lighter laptop. Quoting Wikipedia again, “By August 2009, when comparing a Dell netbook to a Dell notebook, CNET called netbooks “nothing more than smaller, cheaper notebooks,” noting, “the specs are so similar that the average shopper would likely be confused as to why one is better than the other,” and “the only conclusion is that there really is no distinction between the devices.”

Tablet computers, like the iPad, introduced another group of devices in 2011, with improved computing capabilities and lower production cost leading to a decline in netbook popularity. The MacBook Air and Intel’s Ultrabook have produced yet another device, a “new high-mobility standard,” and an associated higher production cost. This super tablet has pushed the netbook out of the design, ease-of-use category, and strictly into the category of cost consideration.

So while netbook and notebook were the original consideration, the netbook being a stripped down lighter notebook, the real consideration is computing power and functionality. Which means, if you have the money, the comparison now is between notebooks loaded with peripherals, and Ultrabooks, capable but sleek, slim and powerful, with just minor concessions. And netbooks? They’re ok if you’re into email and social media… only.