Was it a tech free Thanksgiving in 1621? 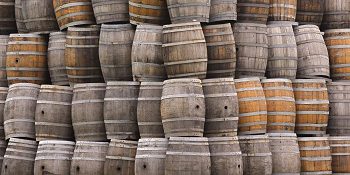 It all depends on your definition of “tech free.” 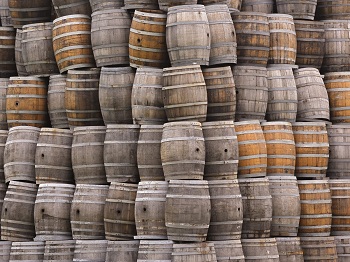 After all, there were some technologies available to those early pilgrims. They were not totally “tech free.” I came up with a list of five. Nothing earth shattering, to be sure. Still, technology depended on to make that first Thanksgiving a happy, and we should add thankful, event.

The pilgrims depended upon their weaponry. It provided protection from those who might attack and the ability to bring game to the table. We can only wonder what the friendly American Natives might have thought of muskets and cannons. At that first dinner 90 Native Americans sat in gentle repose with 53 Pilgrims.

Second technological dependency? They depended a good deal on barrels. For storage of food and goods. For shipping goods back to England for commerce. Barrel-technology has existed for a long time. Would you believe that Herodotus, the Greek historian, wrote of shipping palm wine to Babylon in the 5th century BC? Some say there are Egyptian paintings dating to the 3rd Millennium BC.

What third technology do we reference? Fermentation. Evidently, the pilgrims enjoyed their beer. In a new land where local water sources could not be trusted until bodies had adapted, having a prepared source of drink was crucial.

Of course, the barrels also helped in this perhaps not so small exercise. So as you watch your football game, enjoy your glass of beer feeling very… very Pilgrim Thankful.

The other technologies are not nearly so intriguing. They do help to round off my list and will perhaps leave you feeling dissatisfied with my claim of five technologies discovered. In any event, consider please the technology of fire with which to cook the food, and the technology of knives for preparing game and then consuming people-sized portions.

Perhaps you had other good ideas? Technologies that would have been considered indispensible in 1621 and which encouraged an atmosphere of thanksgiving. Let me know. I’d be delighted to read your correspondence.

Oh yes. Turn your cell phone off for dinner. That should be a sufficiently “tech free” Thanksgiving to satisfy most. I say nothing of security devices, Internet browsers, firewalls, backup devices, and a myriad of other home interfaces which keep the modern home technologically dependent.