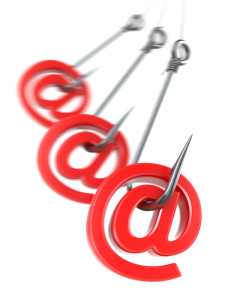 Hackers are working overtime to find ways to steal your information.

Hackers are very clever. They work hard to take what doesn’t belong to them: your information! Be alert to these typical hacker tricks. The innocent ploy can open a nasty door.

* Graymail? That’s the list you once subscribed to but no longer wish to receive. Getting off can be a tedious chore. (Wikipedia says graymail is also a variant to blackmail. But we’re talking SPAM, not selling government secrets.)

* The Moon? That’s the latest hacker attempt at finding vulnerabilities; this time on Linksys Routers most likely to be in residences, not businesses. Security researcher Johannes B. Ullrich from the SANS Technology Institute has warned about a self-replicating malware which is exploiting authentication bypass and code-execution vulnerabilities in the Linksys wireless routers. The Moon Malware scans for other vulnerable devices to spread from router to router. Ulrich confirmed that the malicious worm has already infected around 1,000 Linksys E1000, E1200, and E2400 routers.

Target sent email to customers after its security breach to offer one year of free credit monitoring. The problem is that hackers, aware of typical corporate response to such problems, sent out similar emails. Scamming seeks to appear real and genuine. How else to fool good people?

After the Target breach, fake emails supposedly from Target were sent out trying to get unsuspecting people to provide personal data.  What was sent was a very close replica of the official Target email making it difficult to distinguish the real Target email from the fake one. Target has suppressed 12 scams coming to consumers not only through email, but Facebook and other means as well.

CNN reported that roughly 70 million people got an email from Target after the store’s January 2014 mega security breach. People anxious about identity scams are more susceptible to the hacker’s phishing scheme. They want to take protective steps now. Often without taking time to check. Post-breach scams are the hackers newest effort to defraud honest people. Being aware and cautious is a step in the right direction.

CNN says, The Target emails went to customers whose personal information was in the Target database. Cyber thieves penetrated the records during the holiday shopping season. The hackers stole info like names, phone numbers and email addresses. The full extent of the damage done by the hackers is still under investigation.

Forewarned is forearmed. Don’t let hackers take advantage of you. Be alert. Be cautious. Check it out. Then act decisively when necessary.